On Tuesday 30 April we held our 2019 ANZAC service to remember the 203 Old Boys who were killed in World War One, World War Two and the Falklands conflict. We also remember those who fought and returned home with significant physical and mental scars that impacted upon their lives, as well as those members of our school community who have or are serving in the armed forces, some of whom are currently on active duty in postings around the world. Thank you to all of our invited guests, young men and staff for their involvement today, in particular, those who played a part in the service.

Piper Reuben Bisland and Scottish drummer Douglas Bilsland led the official party into the hall for the service, while the Concert Band provided the music for the singing. Old Boy Mr. Tim Costley (Wing Commander, RNZAF Ohakea) led the service, William Wood and Andrew Karatea, delivered the ANZAC address. The focus of the address was on why New Zealand went to fight in World II which started 80 years ago. Old Boy and former staff member Mr. Stuart Leighton, read the World War One Roll of Honour and Old Boy and Chairman of the PNBHS Board of Trustees Mr. Michael Lawrence, read the World War Two Roll of Honour. Head Prefect Ethan Johanson and Aaric Prasitdamrong, the youngest student in the school, laid a wreath on behalf of the school, while Old Boys and returned servicemen Mr. Alan Cull and Mr. Jim Kelly laid a wreath at the Gallipoli Oak. The Last Post and Reveille were played by Joe Inman and we would like to thank the RNZAF for their support in providing the fly-over.

They shall grow not old, as we that are left grow old:
Age shall not weary them, nor the years condemn.
At the going down of the sun and in the morning,
We will remember them. 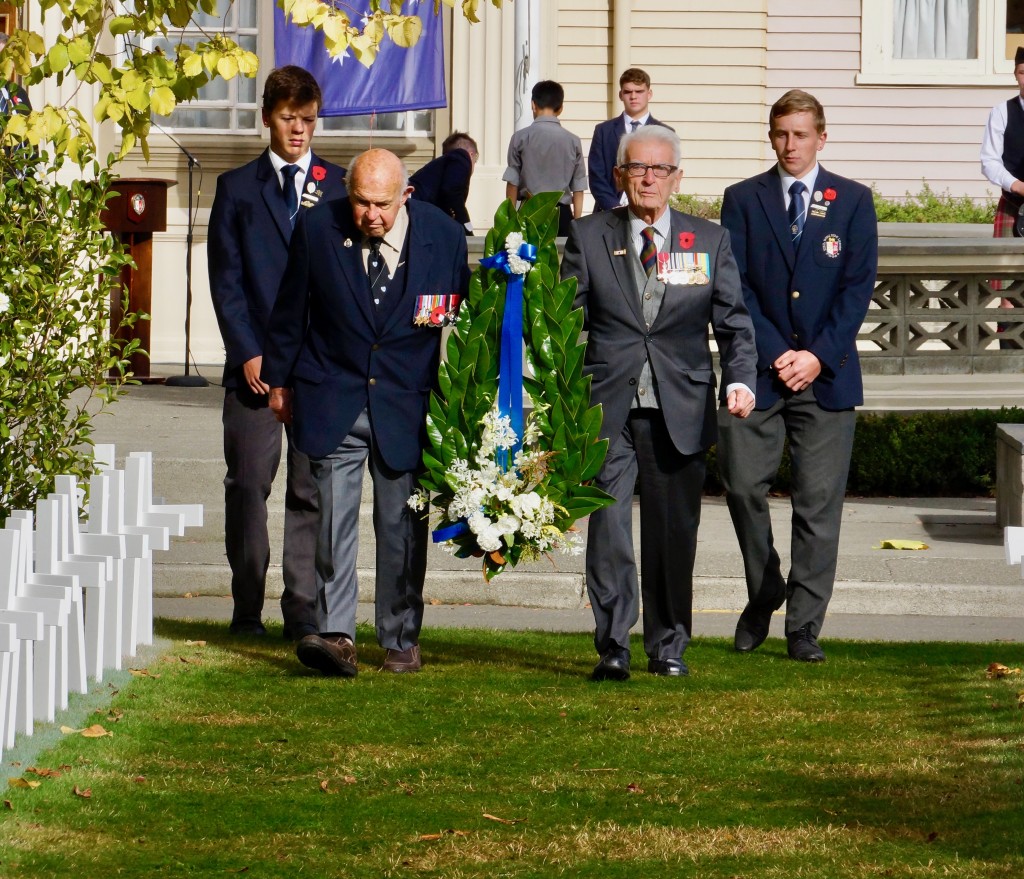 More Pictures can be found on ANZAC 2019

Get in touch with us