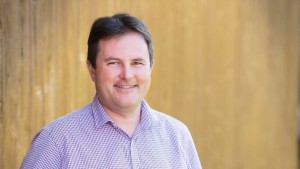 Many of you would have seen Professor Shaun Hendy (1984-88) commenting on various media platforms about our country’s current health challenge.  Shaun after leaving school majored in Mathematics and Physics at Massey University before going to The University of Alberta in Canada to complete a PhD in Physics. He is the founding Director of Te Punaha Matatini, a Centre of Research Excellence hosted by the University of Auckland. Shaun is an advocate for multi-disciplinary research and teaching, and lectures in the University of Auckland’s Department of Physics and the University’s Centre of Innovation and Entrepreneurship. His interests in innovation led him to co-author the 2013 book “Get off the Grass” with the late Paul Callaghan. The three key points Shaun makes for New Zealand going forward are connection, diversify and share.

I am Director of Te Pūnaha Matatini, a New Zealand Centre of Research Excellence focussed on the study of complex systems and networks. I grew up in Palmerston North in New Zealand and received my Bachelors degrees from Massey University. I studied for my PhD at the University of Alberta in Canada from 1994-98.

After my PhD I was awarded a New Zealand Science and Technology Post-doctoral Fellowship, which I took up at Industrial Research Ltd in Wellington. I stayed at Industrial Research until 2013, although I took on a joint appointment at Victoria University of Wellington as senior lecturer in the School of Chemical and Physical Sciences from 2003, and as a professor from 2010.

I served as Deputy Director of the MacDiarmid Institute for Advanced Materials and Nanotechnology from 2008-2012 and as President of the New Zealand Association of Scientists from 2011-2013.

I have won a number of awards, including the Prime Minister’s Science Media Communication Prize and ANZIAM’s E. O. Tuck Medal. In 2012 I was elected a Fellow of the Royal Society of New Zealand. I am currently a professor of physics here at the University of Auckland.