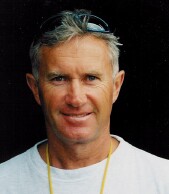 Of New Zealand’s more than 2500 schools, only Palmerston North Boys’ High School can boast an Olympian who has won four gold medals.

New Zealand’s most golden Olympian, kayaker Ian Ferguson was the first and only Kiwi to win two golds on a single day.

He says he has his four gold medals and his silver stored somewhere in his home in Auckland.

He also has two golds from world championships where he was runnerup in three more.

These days he is general manager of the $40 million Wero Whitewater Park in south Auckland, working alongside another Boys’ High old boy, Stu Dearlove.

Ferguson’s gold medal-winning haul might never be beaten. He attended five Olympic Games – from Montreal in 1976 as a 24 year old to Moscow, Los Angeles, Seoul and Barcelona in 1992.
By the time he got to Barcelona he was aged 40, but still reached the final of the K2 1000 metres.

Maybe Ferguson was destined to be an Olympian because as he revealed, he was born during the opening ceremony of the 1952 Helsinki Olympics in Finland. He also shares his July 20 birthday with the late Sir Edmund Hillary. 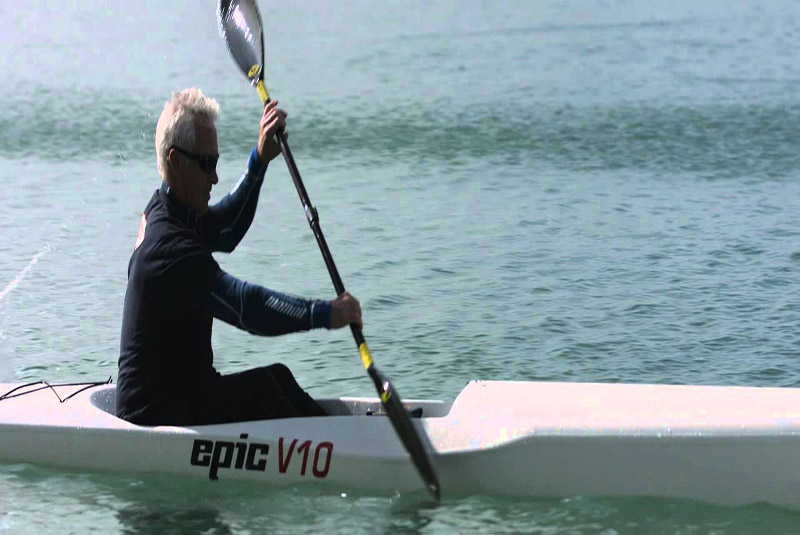 “Ferg” was born in Taumarunui, where his father Gilbert was the Ministry of Works manager before promotion took the family to Palmerston North when Ian was aged nine.

They ended up living directly opposite Boys’ High on Featherston Street and each morning when Ferguson would hear the doors opening for assembly, he would dart across the street.

He recalled being a lock in a Manawatu primary schools rugby squad. But by intermediate school he was into swimming.

When he got to Boys’ High, the illustrious Ian Colquhoun was his teacher, his housemaster at Kia Ora and also took him for sport, which was Ferguson’s favourite subject.

He didn’t rate himself as an academic.

“I was fairly useless to tell you the truth. I only got serious once I was playing sport.”
After a shocker year in the classroom he switched from geography to accounting and passed with the top marks in the school. Later he graduated from Victoria University with an accounting degree and recently received an alumni award from the university.

“I wasn’t very good at school. I didn’t know how to focus until I played sport.”
He trained seriously with the swim squad at the Lido Pool and was the Boys’ High swimming champion from the fifth form onwards, best at freestyle and breaststroke. 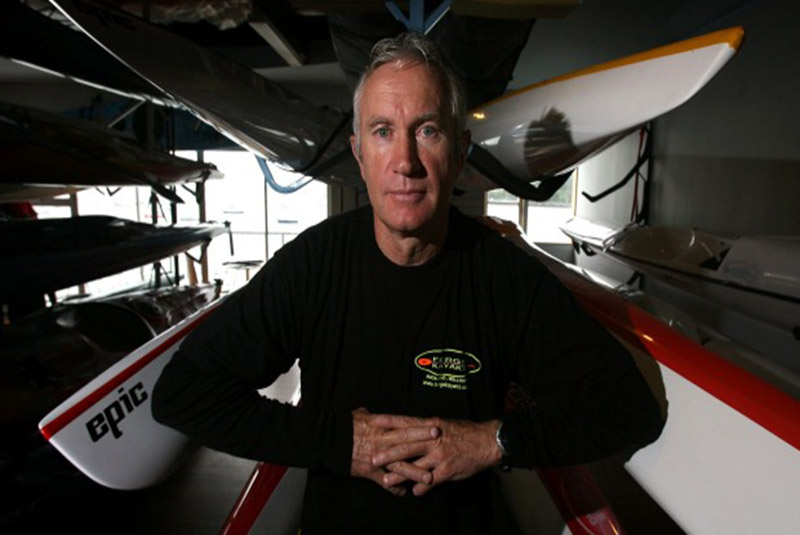 Ferguson is a Palmerston North Surf Lifesaving Club life member. He found Himatangi Beach was beneficial for learning and took his entire swim squad there.

He began with surf aged 14, helped the club to be the country’s best at the time and was still competing there 10 years later when he was at Victoria.

He was an allrounder, competing in surf ski, paddle board, swimming…. and from the 1970s he picked up national titles by the bucketload.

As an 18-year-old schoolboy, he was in the New Zealand team and he won the Manawatu sportsperson-of-the-year title that year in 1974.

Colquhoun wanted Ferguson to play rugby because he knew how fit Ferguson was.

“I had to say no and he wasn’t happy with me. Because of my swimming I couldn’t play for the school.

“I got an average for sport when I was in the New Zealand team for surf lifesaving.”
In those days when Arnold Muirhead was the rector, he and everyone else felt the snap of the cane.

One day Colquhoun snapped Ferguson sneaking away from the school running championships. Ferguson didn’t have any running shoes so Colquhoun found a pair three sizes too big.

Ferguson finished third in his flapping shoes, which he put down to his fitness from swimming, winter and summer, and was thrown into the school crosscountry team, but didn’t distinguish himself.

Ferguson had also joined the Palmerston North Canoe Club, then one of the country’s best with men such as Tom Dooney and Bernard and Mike Fletcher, not knowing at the time kayaking was to be his destiny.

They trained on Palmerston North’s Centennial Lagoon and raced in whitewater slalom kayaking at Shannon and paddled down the Manawatu Gorge in the White Horse Rapids Race.

“I only made 20th in slalom at the nationals. I was better at long distance,” Ferguson recalled.

After Victoria University, Ferguson undertook his kayaking OE to England and Belgium for three years.

“Then, no one kayaked in New Zealand and we had no coaches.”

Meanwhile, his Olympic exploits have been well chronicled.

At the Moscow Games in 1980, Ferguson was of only four New Zealanders to defy the Western boycott and he reached two finals there.

Nothing though beats his three gold medals at the 1984 Los Angeles Olympics. He surged through in the last 50 metres to win the K1 500 by half a length from a Swedish paddler and 90 minutes later teamed with Paul MacDonald to slam dunk the field in the K2 500m sprint.

A day later, teamed with MacDonald, Alan Thompson and Grant Bramwell, they won the K4 1000m.

Ferguson’s fourth gold came at Seoul four years later at the age of 36 when he and MacDonald pipped the Soviet crew by less than 0.2 of a second to retain their title.
Most of Ferguson’s latter life has been in Auckland where he has been a national coach and has been in the kayaking business.

At the whitewater park in Auckland, Ferguson became acquainted with fellow Boys’ High old boy Stuart Dearlove when he applied and secured one of the operations manager’s roles.
Dearlove was at Boys’ High from 1999 to 2003 and like Ferguson, profited there from contact with canoeing coach Carol Walkley.

The kayaking bug was caught at a fourth-form camp and Dearlove, who was the Vernon club captain, was also part of a useful 5th XV rugby team. In his final two years after exams were finished, he would be straight back on the water.

He won a scholarship to study outdoor recreation at the polytech in Greymouth before working in professional whitewater rafting for almost 13 years in New Zealand, North Queensland and British Columbia. 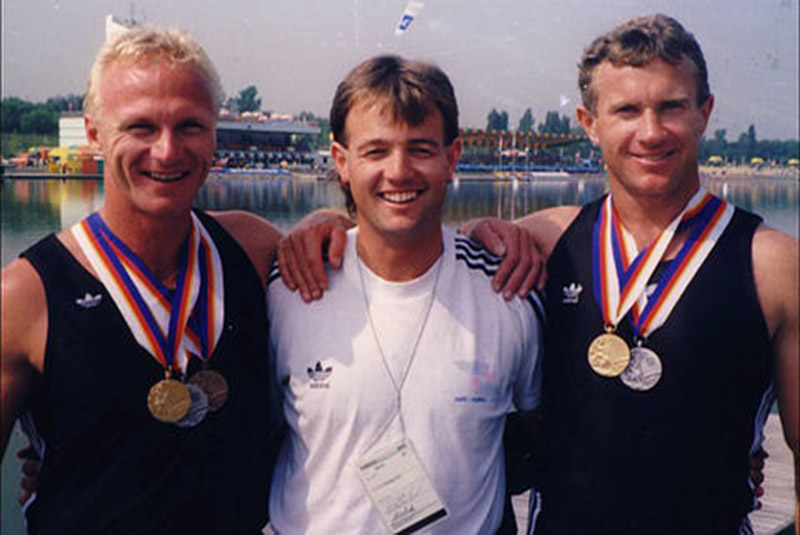