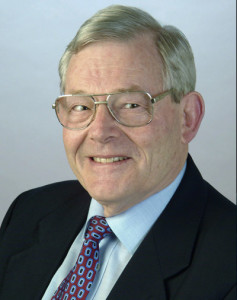 After ten years with professional accounting firms, he joined the academic staff of Victoria University in 1965, becoming Professor of Accountancy in 1971, before retiring 35 years later in 2006. In 1999 he was included in Victoria University’s shortlist of the ‘great teachers of the century’ and on retirement, the ‘Don Trow Visiting Research Fellowships in Accounting’ were named in his honour.

Don was frequently involved in setting standards in accounting and auditing; for stock exchange compliance; as an expert witness on accounting matters for the Securities Commission and in court cases. Emeritus Professor Don Trow is widely regarded as New Zealand’s “Mister Accounting”, having ‘cut his teeth’ on preparing financial statements for his father while he was still at PNBHS.