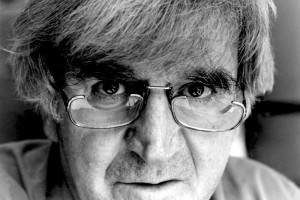 Associate Professor of Ophthalmology at the University of New South Wales in 1965;
Director of National Trachoma and Eye Health Programme in Australia in 1975;
Created the Fred Hollows Foundation in 1992.

Fred practised medicine in Auckland, Tauranga, Wellington, London and Cardiff. He studied ophthalmology at Moorefields Hospital in London before moving to Australia. Through the National Trachoma and Eye Health Programme, Fred worked extensively with 465 remote Aboriginal communities and checked more than 112,000 people. He found 50–80% of people had eye disease, a number that he set about reducing. He simplified operating procedures and gave sight back to many hundreds of people.

He had a determination to bring modern eye health services to poorer communities and countries. One of the obstacles to their vision was the high cost of the intraocular lenses IOLs) used in modern cataract surgery, which put IOL implant surgery out of reach of most people in developing countries. By pushing boundaries and demanding change, the Fred Hollows Foundation opened modern intraocular lens manufacturing laboratories in both Kathmandu (Nepal) and Asmara (Eritrea) in 1994. They made IOLs for 3.5% of the cost of other lenses, and high quality, low cost IOLs became available. Millions of IOLs have been produced and allow eye surgery to be performed for about $25.

Fred said, “I believe that the basic attribute of mankind is to look after each other. ….. We discover our own humanity by helping others.” He also believed, “Don’t ever ‘half do’ a job, don’t ever compromise. Slog away until you get the job done.”